What a surprise. About the last word I’d use to describe Ronald Stevenson’s music is “charming”. Imposing, impressive, profound? Sure. But never charming. But this release has proved me wrong and shown me a side of this composer I never knew existed. 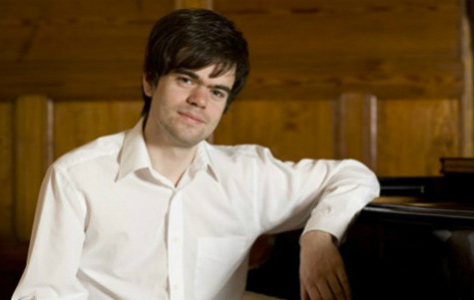 In this first volume of Toccata’s I hope long series of Stevenson’s piano music, pianist Christopher Guild plays a mix of short folk song settings and two large, serious, virtuoso works more characteristic of the composer. It’s a great plan because sometimes, as in his 80- minute Variations on DSCH, Stevenson can be overbearing, even haranguing, so the mix of winsome folk settings and weightier stuff refreshes the ears.

The longest and most important work here is the 20-minute Scottish Triptych, made up of a keening song, heroic song, and choralepibroch, dedicated to three fellow Scotsmen: a composer and two poets. The first piece is craggy and dissonant, insistent and angry— exactly the sort of thing one expects from this composer. The “heroic song” is slower, sweetly triumphal, and less dissonant. The pibroch, literally “piping” and referring to Scottish bagpiping, is the most delicate and gentle of all, with some notes strummed directly by the player’s fingers inside the piano, evoking a harp or harpsichord. This last piece is very moving, threnodic, gently heroic—a real find. If you know Medtner’s dithyrambs, minus their arch cheekiness, you’ll have a sense of this piece’s affect. Altogether this is the most stirring and emotionally compelling music I’ve heard from Stevenson and alone worth the price of the disc. In acknowledgment of its power and pathos, Mr Guild appends a long 25-second silence after the Triptych before moving on to some of the lighter settings.

The other big work here is the 16-minute Rosary of Variations, recorded here for the first time. It’s an interesting concept for a work, mostly meditative and contemplative as one would expect, but with moments of great glory and exultation. I can easily imagine the penitent reciting the prayers of the Rosary, though the exact individual Mysteries contemplated are open for interpretation. It’s a variation work, so, yes, it’s repetitive; but then that is the nature and essence of the Rosary. Though I’m not Catholic, I found this work consoling and satisfying; perhaps Catholics would appreciate it even more than I do.

The other half of the recital is 21 Scottish and Irish folk song settings, ranging from half a minute to about four minutes each. Most are fully tonal and technically in the grasp of amateur pianists, unlike the two large works; but sometimes Stevenson incorporates cranky and crunchy dissonance into his settings, so that I think of him as a Scottish Bartok. These are lovable little gems.

Gorgeous Steinway, strong and rich bass, clear treble—absolutely everything I could want in a piano, and Guild is a fantastic advocate for this almost unknown music. I can’t wait for Volume 2. © 2015 American Record Guide